After the German army in 1943 discovered the graves of murdered Polish army officers in the Katyn Forest, Joseph Goebbels embarked upon a cynical publicity campaign to spread before the world the perils of Bolshevik success. But the Nazi discovery of Soviet crimes against leaders of Polish state and society elided the reality that from the very beginning of the German invasion of Poland, the SS had carried out identical mass murders of Polish intellectuals and other social leaders. Goebbels's campaign amounted to mass murderers ““uncovering” mass murders on the part of their adversaries and seeking cynically to use that “shocking” discovery to the advantage of the Third Reich. This essay situates the Nazi campaign to mobilize the Katyn discovery to German advantage in three steps. First, it sketches the events leading up to the Katyn massacre in April 1940 and the Nazi discovery of the victims in late March 1943. Second, it examines the course and substance, as well as the immediate consequences of Nazi propaganda exploitation of the Katyn massacre to promote Goebbels's ends. And third, it adverts to the impact of that propaganda campaign on the Allied war effort, on the Polish government in exile in London, and thus on the course of wartime and post-war Cold War history. To conclude, it situates Katyn in the bloody twentieth-century history of Poland, Belarus, and Ukraine as the cockpit of genocide that Timothy Snyder has called the ““Bloodlands.” 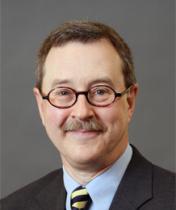