Preparing for Disaster: Protecting the Most Vulnerable in Emergencies

Many federal, state, local and private entities are investing significant resources in disaster readiness initiatives. Often disregarded, however, are the special needs of vulnerable populations during disasters. In the context of emergencies, vulnerable groups may include individuals with disabilities, pregnant women, children, the elderly, prisoners, members of ethnic minorities, people with language barriers, and the impoverished. The fate of the disadvantaged during disasters has received little attention in the legal literature, and this article begins to fill that gap. It examines ethical theories of distributive justice and existing federal and state civil rights and emergency response laws and argues that vulnerable populations are entitled to significant protection under existing legal and ethical frameworks. It also, however, highlights the shortcomings of the contemporary statutory scheme insofar as it addresses the needs of the disadvantaged during disasters and urges that it be supplemented by additional requirements. The Article argues that for vulnerable populations, successful disaster response is dependent upon careful planning and develops a detailed proposal for statutory provisions that will mandate adequate preparation to safeguard the welfare of the vulnerable in emergencies. 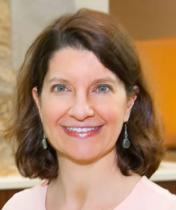