To claims of a right to equal citizenship, one of the primary responses has long been to assert the right of private property. It is therefore troubling that, in two recent cases involving public displays of religious symbolism, the Supreme Court embraced property law and rhetoric when faced with the claims of minority religious speakers for inclusion and equality.

The first, Pleasant Grove City v. Summum, is a free speech case in which the defendant evaded a finding that it was discriminating against the plaintiff’s religious speech by claiming a government speech defense. In the process, it claimed as its own speech a facially religious monument of the Ten Commandments. The second, Salazar v. Buono, which dealt with an establishment clause challenge to a Latin cross in the middle of the Mojave Desert National Preserve, was resolved primarily on the basis of the literal ownership of the religious speech at issue in the case. What both cases have in common is a claim, on one side, that the government has improperly and unconstitutionally excluded one religious group, both literally and metaphorically, and a response, on the other side, that is formulated in the language of ownership, property, and sovereignty.

This Article explores the possible causes and implications of the Court’s recent embrace of property concepts and property rhetoric. It argues that the Court has turned to the language and even the law of property partly as a way of avoiding knotty First Amendment questions. But the rhetoric of property functions on another level, as well. Property rhetoric legitimates and naturalizes the acts of exclusion and subordination inherent in the Court’s decisions. It also gives the appearance of a concrete stake held by some in the religious majority - and a material loss that is incurred - when dominant religious symbols are removed. Ultimately, this article concludes that, for all their flaws, the endorsement test and public forum doctrine, which the Court appears to have temporarily marginalized, are superior approaches to the problem of public displays of religious symbolism. 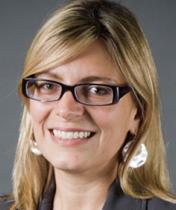