Paths to Carbon Stabilization: How Foreign Carbon-Restricting Reforms Will Affect US Industry, Climate Policy and the Prospects of a Binding Emission Reduction Treaty

This article investigates new paths for achieving a binding treaty on emission stabilization. Because industry support for US participation in such an agreement is essential, an empirical analysis of lobbying expenditures during Congress's last attempt to pass emission-restricting legislation is used to gauge industry support and opposition for such reform. The article qualifies its finding of no major spending asymmetry and explains the role of ideological and structural features of the US political system in impeding the passage of any such bill. Skepticism aside, it argues that a shift in US climate policy is coming due to: (i) the implementation of foreign carbon-restricting regimes; and (ii) the US exporters' response to these reforms. A microeconomic analysis demonstrates that US exporters will increasingly elect carbon-efficient technologies to minimize costs and adjust to a changing regulatory environment. This shift in the carbon intensity of production will cause these industries to form a majority coalition with pro-environment groups in favor of domestic and global emission-restricting reforms. Because these developments lead to the use of border measures designed to curb carbon leakage and address trade concerns, the article makes a few suggestions for reducing potential conflicts between the trade and climate change regimes. 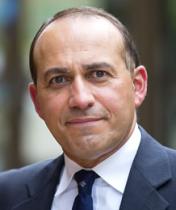