As our nation's philanthropic sector becomes more entrepreneurial, ambitious and influenced by the private sector, longstanding legal standards on what constitutes “charity” struggle to stay relevant. More and more often, organizations that seek classification by the Internal Revenue Service as a Section 501(c)(3) charity (and the substantial public subsidy that this status unlocks) are not the soup kitchens and homeless shelters of yesteryear, but highly sophisticated ventures which accomplish their missions in ways that are less obviously charitable. In no case is this more true than in the recent widespread emergence of nonprofit organizations whose primary activity is providing direct aid to for-profit businesses.

This Article examines this trend and coins the phrase “trickle down charity” to encapsulate the analytic challenge these organizations (which the article terms REDOs, short for “regional economic development organizations”) pose when they seek classification as a charity. REDOs hope that the privately-owned, profit-seeking ventures they aid will ultimately help those in need in the form of jobs and a flourishing economy. While influential and, in some cases, transformative to cities and regions in economic distress, REDOs turn the traditional charitable services delivery model on its head by advancing private interests first and betting that benefit to a charitable class will follow. By relying on standards designed for more conventional charities, current IRS scrutiny of this new model is outdated, inconsistent and mistimed. The most significant consequence of this imprecision is that the publicly funded subsidy American laws have created to incentivize charitable work may be misused to support organizations that are not really charitable while subtracting from the pool of funds available to those that clearly are.

To solve this problem, I propose that the IRS rely on the law of charity’s often overlooked and sometimes maligned “private benefit doctrine.” Specifically, this doctrine should inform new IRS procedures that (1) require all REDOs to make a more compelling demonstration of the nexus between their activities and the accomplishment of charitable purposes and (2) provide a system of ongoing accountability with respect to those claims. Enlivening, rather than ignoring, the private benefit doctrine in this way will not only address the problem of regulating REDOs but should also serve as a useful template for the IRS in examining other emerging forms of 21st century charity and, thus, in maintaining the overall integrity of the philanthropic sector. 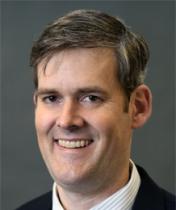