Civil Rule 54(b): Seventy-Five and Ready for Retirement

As we commemorate the diamond anniversary of the Federal Rules of Civil Procedure, this Article takes a critical look at one of the failed Rules: Rule 54(b). Although many commentators have noted difficulties with Rule 54(b), this is the first effort to describe those difficulties comprehensively, analyze their root causes, and offer a workable alternative.

When an order resolves a discrete claim in a multi-claim action, Rule 54(b) permits a district court to sever the order for immediate appeal by “expressly determine[in] that there is no just reason for delay.” The rule was designed to ease the hardship on litigants who would otherwise have to await the conclusion of the entire case to appeal an adverse ruling.

But the Rule has spawned seventy-five years of chaos. Appellate courts, in examining their jurisdiction to review an order certified under Rule 54(b), struggle to evaluate whether the order fully adjudicates a discrete and severable claim. They struggle to evaluate what “no just reason for delay” really means. And they struggle to articulate consistent standards for district courts to follow in making the required “express determine[action].” At the heart of the problem lies a power clash: Rule 54(b) puts the district court in charge of deciding when an appellate court is required to hear an appeal. Not surprisingly, appellate courts often resist. And the resistance often comes only after full briefing and oral argument.

It is time to end the struggle. And a better solution exists. This Article advocates the repeal of Rule 54(b) and, in its place, a resort to a discretionary-appeal system to permit trial courts to certify certain orders for immediate appeal and to permit appellate courts to decide whether to hear them. 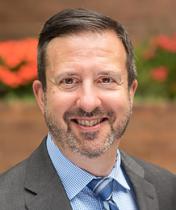