The Founders’ Privacy: The Fourth Amendment and The Power of Technological Surveillance

Part I of this Article briefly discusses the history and origins of the Fourth Amendment and its relationship to the doc- trine of separation of powers. Part I argues that the central purpose of the amendment was not to define various aspects of life as private, but to guarantee that the people defined the limits of the executive's surveillance power. Part II then examines the Supreme Court's Fourth Amendment jurisprudence dealing with technology prior to Kyllo, and the problems associated with this jurisprudence. Part II argues that the Supreme Court's framing of the privacy question as whether a new search is equivalent to the searches the Founders feared not only fails to provide law enforcement with any guidance, but supplants the decision making authority of the people in part by failing to distinguish between macro-level decisions and micro- level decisions. In this discussion, Part II uses as examples three emerging investigative technologies: Magic Lantern, decryption, and Carnivore. In Part III, this Article discusses the Supreme Court's recent decision in Kyllo and how it might sug- gest an alternative Fourth Amendment analysis based upon the Founders' privacy. This analysis is then applied to the three examples discussed in Part II. Part IV argues that unlike the Supreme Court's current approach, an analysis based upon the Founders' privacy may be consistent with the principles of constitutional self-governance and reconcile the current tension between the Fourth Amendment and the constitutional doc- trine of separation of powers. Part V.A discusses the moderate thesis, and Part lV.B the radical thesis. 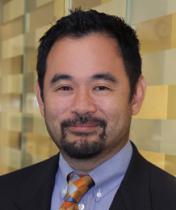