This Article examines the contest over dissent and loyalty during the Vietnam War. The Johnson and Nixon Administrations used an array of weapons to discourage or silence antiwar opposition. These included criminal prosecutions for "disloyal speech," a tool that they used with less frequency than some other administrations in times of war; prosecutions for other "crimes" that served as pretext for prosecuting disloyal speech; infiltration and harassment; and an attempt to characterize their critics as disloyal. The antiwar movement, in turn, responded to allegations that dissent equaled disloyalty by offering an alternative vision of loyalty and patriotism. In so doing, they recast notions of allegiance, betrayal, support of the troops, and our obligations in the face of conflicting loyalties.

Reprinted with permission of the North Carolina Law 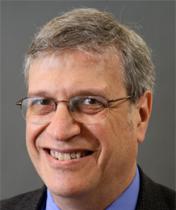