Police unions have garnered the attention of the media and some scholars in recent years. That attention has often focused on exploring the seemingly inexplicable power of police unions to shield problem officers from accountability as a matter of routine. This paper aims to explain that police union power did not surreptitiously arrive on the doorsteps of American cities. Instead, collective bargaining rights for law enforcement began to gain firm footing during the 1960s when the majority of white Americans were firmly committed to the preservations of their place in the nation’s racial hierarchy as it related to housing, jobs, education and entertainment. Existing legal scholarship has successfully highlighted the depth and breadth of modern-day union contracts and the undemocratic manner by which problematic provisions within those contracts have been negotiated. This article adds to that research by explaining how the social and political interests of both the electors and the elected merged with the demands of officers sworn to protect their specific interests. Law enforcement served as the first line of attack against efforts to free Black communities from police abuses during the 1960s. Police organizations amassed political power during their fight against Black liberation that netted them collective bargaining rights and secured mayoral seats for “law and order” candidates during the 1960s demonstrated America’s deep commitment to unchecked police violence. In short, police unions have effectively accomplished their aim. As such, the solution to the centuries-old problem of police brutality resides with those who have been historically served and relatively unharmed by the violence.

Hardaway, Ayesha B., "The Rise of Police Unions on the Back of the Black Freedom Movement" (2022). Faculty Publications. 2136.
https://scholarlycommons.law.case.edu/faculty_publications/2136 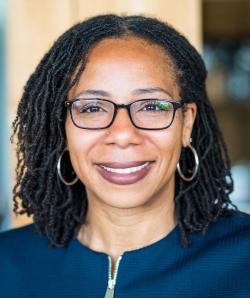