Most concerns about delegation are put in terms of the handover of legislative power to federal agencies and the magnitude of the legislative policy decisions made by such agencies. Likewise, most reform proposals, such as the Congressional Review Act and the proposed REINS Act, address these gap-filling, democratic-deficit concerns. The same is true of the judicially created non-delegation canons, such as the major questions doctrine and other clear-statement rules. This Article addresses a different, under-explored dimension of the delegation problem: the temporal complications of congressional delegation. In other words, broad congressional delegations of authority at one time period become a source of authority for agencies to take action at a later time that was wholly unanticipated by the enacting Congress or could no longer receive legislative support. This problem has taken on added significance in the current era of congressional inaction.

To address this distinct, temporal problem of delegation, we suggest that Congress revive the practice of regular reauthorization of statutes that govern federal regulatory action. In some circumstances, this will require Congress to consider adding reauthorization incentives, such as sun-setting provisions. In other regulatory contexts, Congress may well decide the costs of mandatory reauthorization outweigh the benefits. Nevertheless, we argue that Congress should more regularly use this longstanding legislative tool to mitigate the democratic deficits that accompany broad delegations of lawmaking authority to federal agencies and spur more regular legislative engagement with federal regulatory policy. A return to reauthorization would also strengthen the partnership between Congress and the administrative state as well as mitigate some of the major concerns that have been raised in recent years regarding Chevron deference. 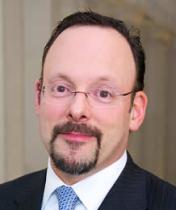