The article proposes making it easier to sue local governments for police brutality. Reducing the standard for damages relief does not offend federalism principles and realizes objectives critical to the constitutional remedial system: compensation, trust, vindication of rights, and appropriate assignment of responsibility. The article proposes a remedial scheme authorizing civil actions for police brutality victims against local governments for (1) a pattern or practice of local government police misconduct, and (2) isolated instances where a local police department lacks a policy, of which there is national consensus by other local departments that the policy is necessary to prevent a particular constitutional harm. The proposal also expands the potential for individual officer liability when the local police department has a specific policy in place aimed at preventing wrongdoing that the officer ignores. 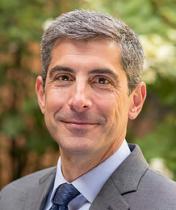