A Framework for Military Bioethics

A widely-accepted framework governs biomedical research and the practice of medicine in the civilian sector, but no such framework exists to guide the military in how it should treat its own personnel. Civilian bioethical principles are unsuitable because of fundamental differences between civilian and military core values. This paper proposes a framework for military bioethics. It begins by describing core military values, articulating how they differ from civilian goals and values, and explaining how these differences limit the ability of civilian bioethical principles to govern military biomedicine. The paper then puts forward a set of more appropriate principles for the military and discusses how these principles apply in three main areas of controversy within military bioethics: the use of military personnel as research subjects; the deployment use of biomedical agents; and the obligations of military physicians towards their own troops. 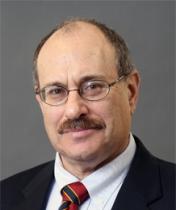