Many complain about a lack of sanctions against prosecutors who violate disclosure obligations. Such violations frequently go undetected for a variety of reasons, such as the prevalence of guilty pleas and the difficulty inherent in learning what a prosecutor did not reveal. Even when detected, such violations often go unpunished by judges or bar disciplinary authorities. To fill this sanction gap, some have called for prosecutor offices to investigate and impose sanctions internally for disclosure violations.

The Department of Justice’s (DOJ’s) investigation of the prosecutors who handled the trial of US Senator Ted Stevens provides a rare opportunity to observe the operation of such an internal disciplinary process. The investigation generated disagreements about the level of culpability of various members of the prosecution team and about who should be sanctioned. The most recent development in this internal sanctions saga occurred on April 5, 2013, when Administrative Judge Benjamin Gutman reversed 40- and 15-day suspensions without pay for the only two Stevens trial prosecutors against whom the DOJ’s Office of Professional Responsibility (OPR) had sought sanctions. 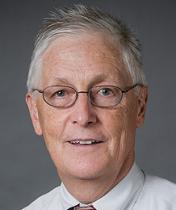