The interest rate awarded to appraisal petitioners has recently become a surprising source of controversy. Since 2007, Delaware has presumptively awarded dissenting stockholders prejudgment interest at a rate equal to 5% above the prevailing federal funds rate. In other work, we have documented a marked increase in appraisal activity that began in 2011. Despite evidence that petitioners target low-premium transactions and insider privatizations, some practitioner and judicial commentary has suggested that the statutory interest regime may be driving this increase. In 2015, Delaware’s blue-ribbon corporate law Council proposed a sensible amendment to the statutory interest regime, but it languished through one legislative session, and the issue is again poised for reconsideration.

Selecting the appropriate interest rate is a complex and under-examined issue in the optimal design of legal remedies. We argue that the primary goal of interest in appraisal — or any form of prejudgment interest — is to make parties to the dispute indifferent to the passage of time, with no incentive either to drag out or cut short the proceeding. We propose an interest rate regime that builds upon the 2015 Council proposal and promotes time-indifference and dispute resolution. Like the Council, we argue that the respondent companies should be given a unilateral option to make an initial payment to dissenting stockholders that would stop the running of interest on the amount paid. To preserve balanced risk for both sides, the initial payment should not constitute a concession about the minimum amount of fair value, and companies should be entitled to recover from petitioners if the trial judgment is lower than the initial payment.

We propose two additional and important features: First, the right to make such a payment to dissenting stockholders should be limited to a discrete 30-day window following the close of the transaction. This ensures that the prepayment right furthers time indifference and is not just a tool of tactical gamesmanship. Second, the prevailing interest rate should be equal to the target company’s weighted average cost of capital. This would have beneficial effects on both parties: it would make the surviving company indifferent between paying the fair value after judgment and making an initial payment, and it would also encourage dissenters to be reasonable about litigating in hopes of obtaining more than the initial payment. 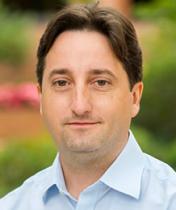