The Paradox of the Right to Contract: Noncompete Agreements as Thirteenth Amendment Violations

There is a growing trend across the nation for employers to require low-level, unskilled workers to execute noncompete agreements as a condition of being hired to work as an at-will employee. The application of noncompete agreements in low-wage positions occupied by unskilled workers is outside of the original scope and purpose of such agreements. These individuals lack both bargaining power and protection from being terminated without cause. Moreover, upon termination of their employment, the executed noncompete agreement can legally prevent these workers from securing employment with another company.

The enforcement of noncompete agreements in these circumstances may require low-level, unskilled workers to choose between lengthy bouts of unemployment or what would essentially amount to “wage slavery.” The Reconstruction Era debates reveal that the Thirteenth Amendment’s prohibition against slavery and indentured servitude was intended to prevent such injustices. Though Section 1 of the amendment contains only thirty-two words, the debates held before, during and after the ratification of the amendment provide a full illustration as to what Congress deemed to be “fair and just labor relations” in America. That original notion of “fair and just labor relations” provides timeless and substantive guidance on how to identify and rectify power imbalances in employer-employee relationships.

This paper will argue that contemporary noncompete agreements between employers and unskilled, low-wage workers is a violation of the Thirteenth Amendment. Part I discusses the original intent of the Thirteenth Amendment to protect both African Americans and working-class white Americans. Part II identifies the types of imbalanced work conditions denounced by the Reconstruction Era Congress as “perpetuations of slavery” as well as benefits of free, or non-enslaved, labor identified by Congress and illustrates why contemporary noncompete agreements between employers and unskilled workers is outside of that original purpose. Part III discusses Bailey v. Alabama and Ford v. Jermon to illustrate that, at one point, the judiciary correctly interpreted and applied the laws to employment-related disputes as the legislature intended. The paper concludes by suggesting that courts should re-examine the Thirteenth Amendment and its historical context to void noncompete agreements for low-wage, at-will unskilled employees.

Hardaway, Ayesha B., "The Paradox of the Right to Contract: Noncompete Agreements as Thirteenth Amendment Violations" (2016). Faculty Publications. 1641.
https://scholarlycommons.law.case.edu/faculty_publications/1641 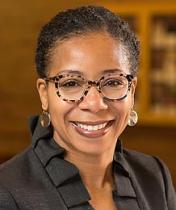