This Article reexamines the First Amendment protections provided by the public figure doctrine. It suggests that the doctrine is rooted in a set of out-dated assumptions regarding the media landscape and, as a result, has failed to adapt in a manner that accounts for our changing communications environment.

The public figure doctrine, which imposes the more rigorous actual malice standard of fault on defamation plaintiffs who enjoy greater access to mass media, was constructed in an era defined by one-to-many communications media. Newspapers, broadcasters, and traditional publishers exhausted the Court's understanding of the means of communicating with mass audiences. As a result, the public figure doctrine looks only to the status of the plaintiff in determining the appropriate degree of fault.

But the development of many-to-many media, like the internet, challenges the assumptions that underlie the public figure doctrine. Many-to-many media increase access to the means of mass communication, creating variety among speakers that Court neither considered nor predicted in constructing the public figure doctrine. In such a heterogeneous and dynamic communications environment, the uniform treatment of defamation defendants should be questioned. BEAK This Article suggests that in determining whether the actual malice standard should apply, courts should consider not only variations among plaintiffs, but they should also demonstrate sensitivity to the increased diversity among defamation defendants. By considering a plaintiff's ability to avail herself of corrective counter speech not in isolation, but in light of the reach of the defendant's publication, courts can more usefully apply the actual malice standard in the contemporary communications environment. 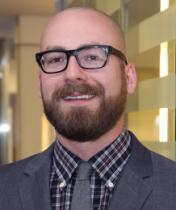