Power and Preferences: Developing Countries and the Role of the WTO Appellate Body

Although it is conventional to view the World Trade Organization (WTO) as a law-based regime, we should not underestimate the ways in which state power has molded, and continues to mold, the regime. Understanding the role of power is especially important for our understanding of the relationship between developed and developing countries, the disparity of power between the two has provided the GATT/WTO regime with the challenge of trying to incorporate the powerless developing states into a system that is built on power. We review that challenge in the context of the dispute over the conditions that developed countries impose when they give developing countries preferential trade agreements. Because such preferences are, in theory, gifts, not exchanges, they should be understood as methods by which powerful countries recognize and respond to the powerlessness of the developing countries. Yet as developed countries put more and more conditions on the preferences, they diminish the redistributive character of the preferences, and the preferences begin to look like additional sources of power rather than unilateral gifts to powerless states. 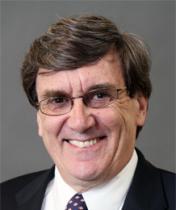