American states and municipalities have so many minor traffic regulations that every time a driver gets behind the wheel of a car he or she is likely to commit multiple violations. The violation of any traffic regulation empowers police officers to stop the vehicle, ticket and, in some states, arrest the motorist. Police are physically unable to stop and ticket, let alone arrest, every motorist committing a traffic violation. Instead, police are vested with unlimited discretion when choosing which motorists to stop, warn, ticket, or arrest. So long as there is probable cause for a traffic violation, courts will not entertain a challenge to the officer’s discretion to stop a specific motorist, even if the decision to stop is based on race. The same discretion applies to expanding a traffic stop into an inquiry about other more serious offenses. Consequently, the commission of a minor traffic or equipment offense exposes the motorist to questioning about serious offenses, especially drug offenses. These inquiries often lead to the officer seeking permission to search the vehicle. The Supreme Court’s failure to impose meaningful limitations upon traffic stops has ensured that police have unlimited discretion. This article suggests that the Supreme Court reconsider its uninterrupted line of cases over the past fifteen years that have stripped the Fourth Amendment of its meaningfulness on the roads and highways of America. The article proposes: (1) that police be limited in the stops that they can make, requiring that they serve a highway safety purpose; (2) that the commission of a minor traffic offense not be sufficient justification for a custodial arrest without a showing of additional need; (3) that police not be allowed to escalate every traffic stop into an inquiry about more serious offenses without reasonable suspicion; and (4) that police demonstrate a reason for requesting to search a minor traffic offender’s vehicle. Without such reform American motorists will continue to be subject to the whims of police officers every time they step foot in their cars. 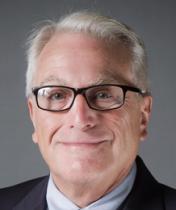